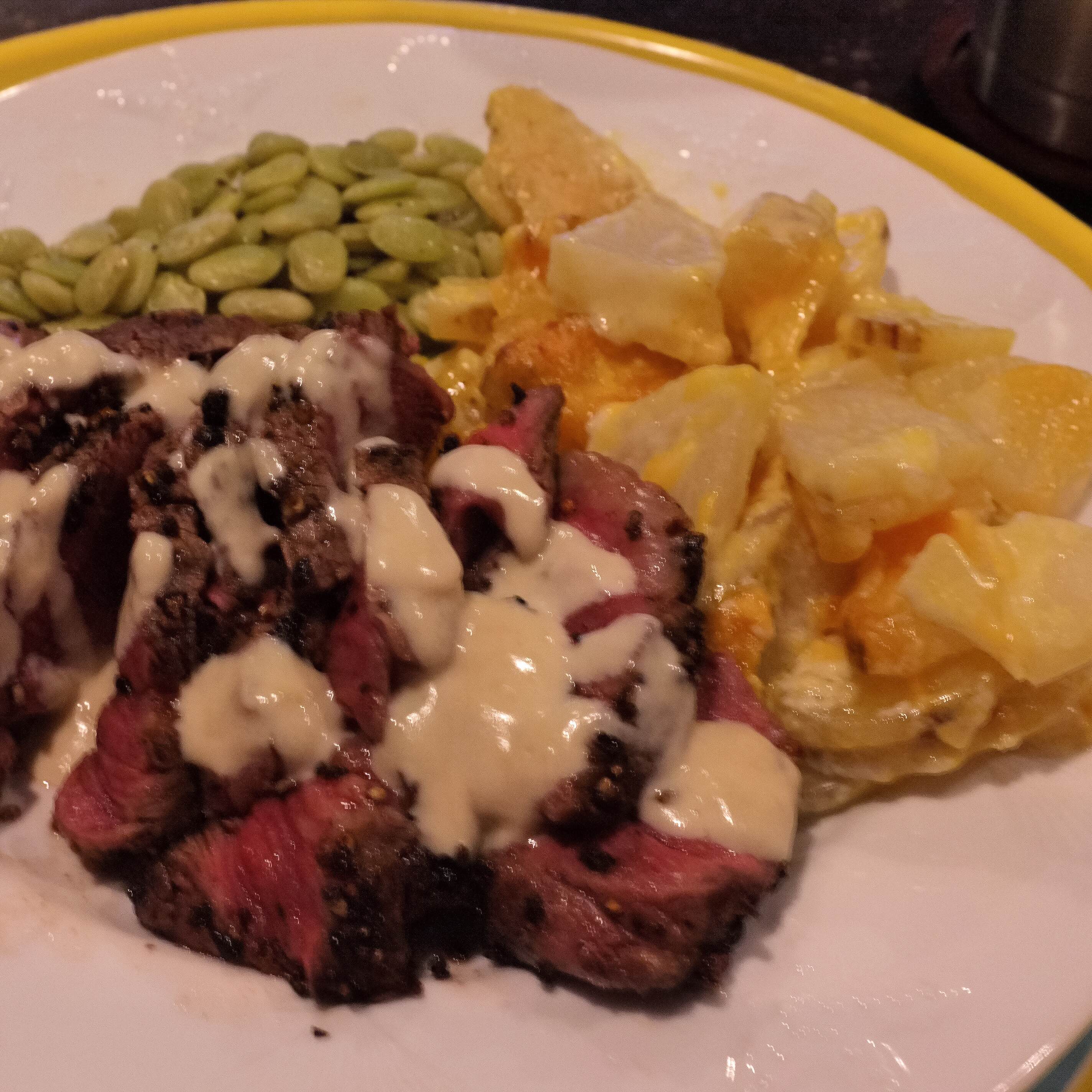 I ran across a video on Facebook one night and realized that I must cook this. Anthony Bourdain did a video with Balvenie where he made steak au poivre over an open flame and was both immediately hungry and inspired. I didn’t have 7 hours in front of me to make the demi-glace in his recipe, so I made some modifications to the recipe, taking some liberties with his project. Steak au poivre is a French dish that consists of a steak, traditionally a filet mignon, coated with loosely cracked black peppercorns and then seared. The peppercorns form a crust on the steak when cooked and provide a pungent but complementary counterpoint to the rich flavor of the high-quality beef. It won’t be quite as tender of a loin cut, but NY Strip would also be a suitable cut for you to use at home.

As I typically already reverse sear steaks on a routine basis, this cook is a low degree of difficulty. It does, however, give me the opportunity to sear these steaks in the normal order and is dressed up a notch by the pan sauce. Tonight included potatoes au gratin and farmers’ market lima beans to accompany the steak. If you wanted to stick with the French theme, lentils or haricot vert might also make excellent options for sides.

For the pan sauce 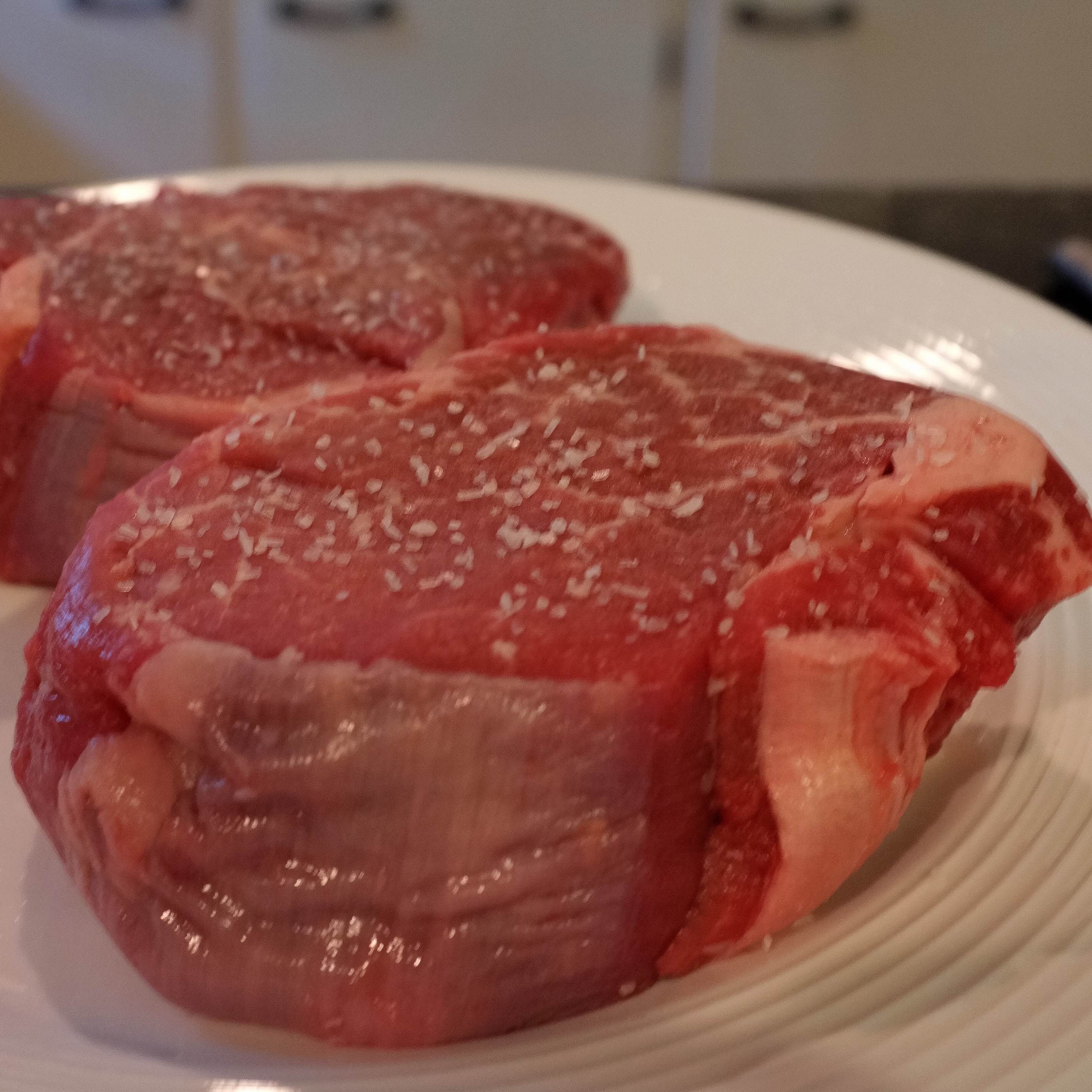 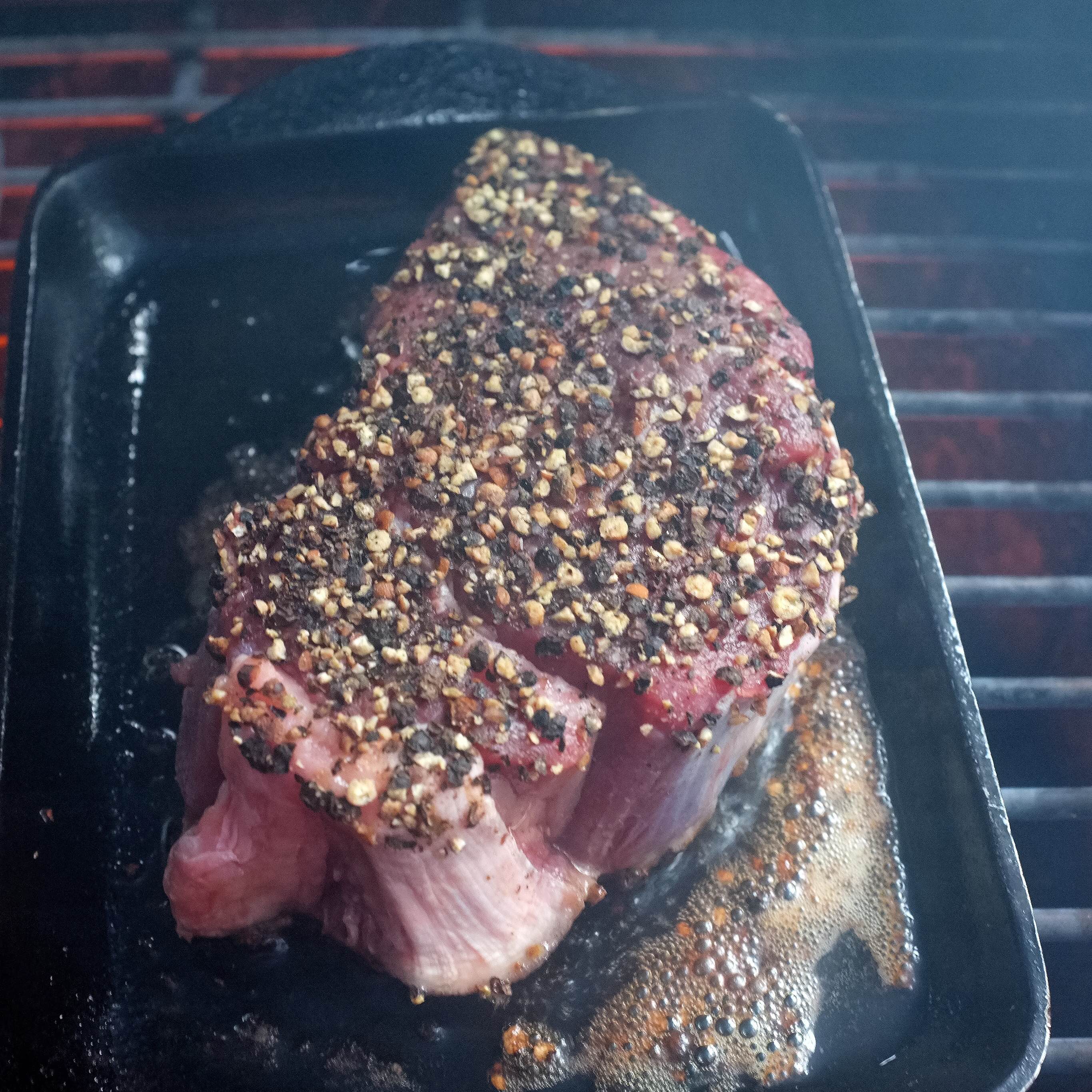 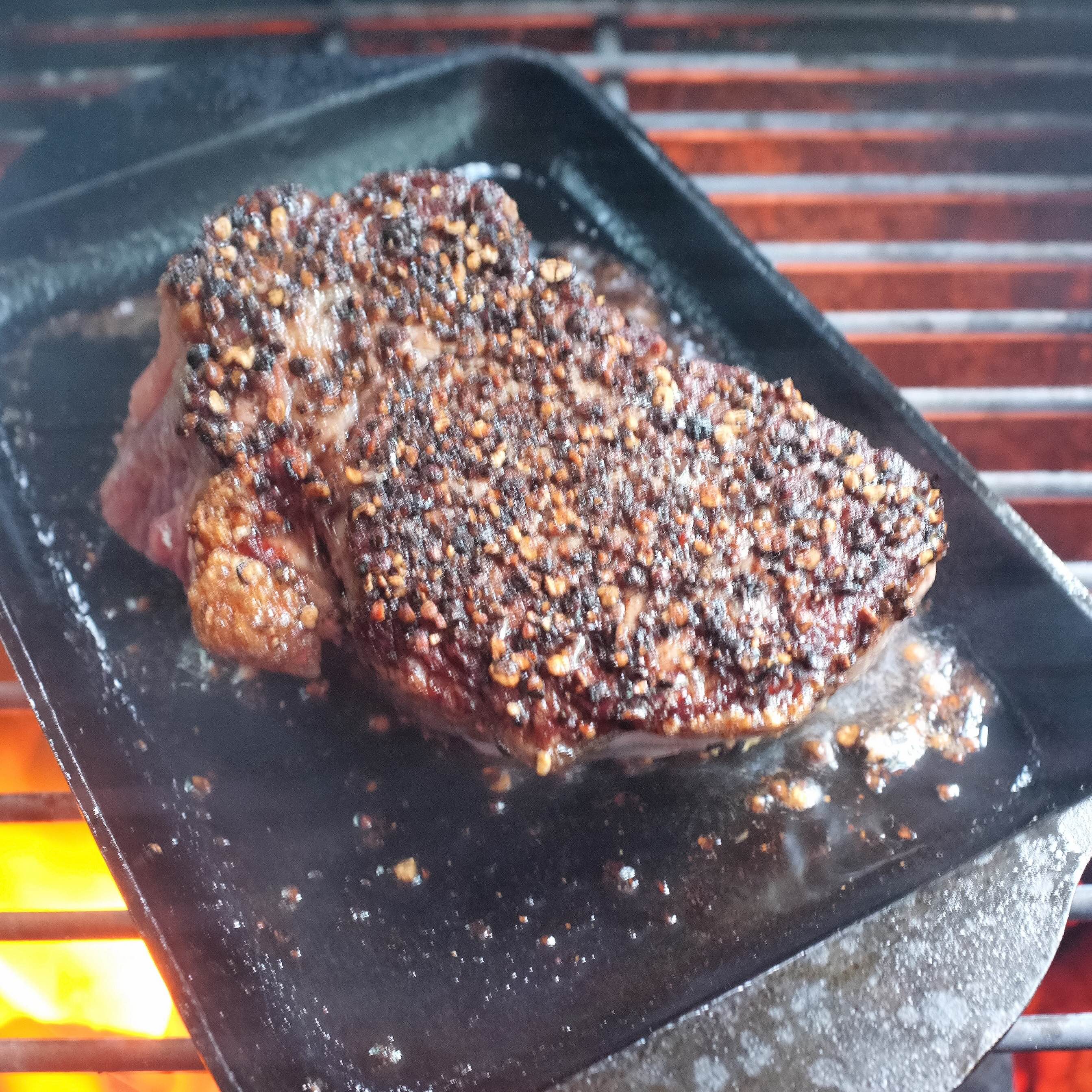 While the steaks are finishing in the oven, prepare the pan sauce 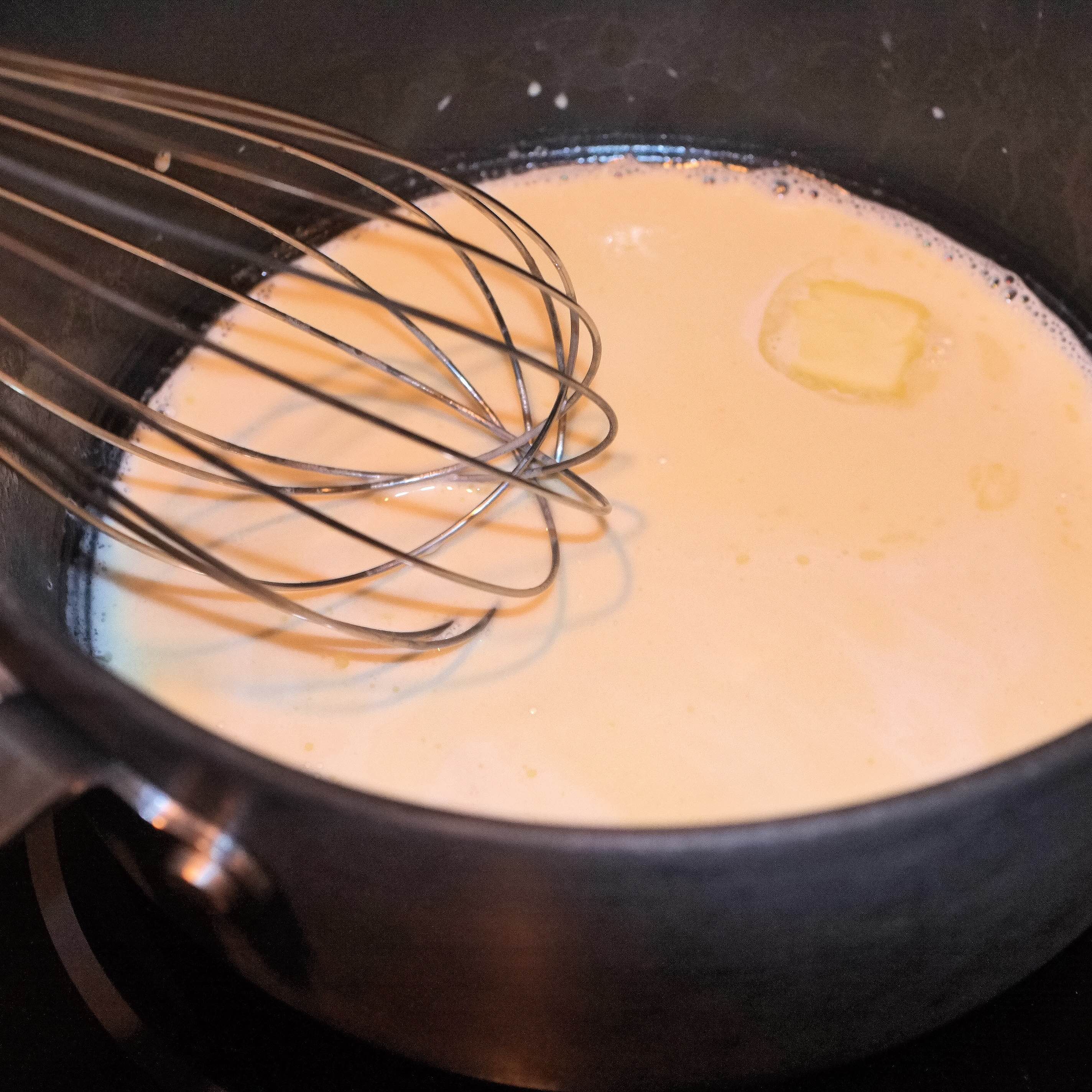 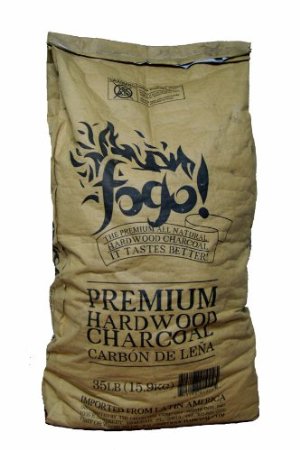 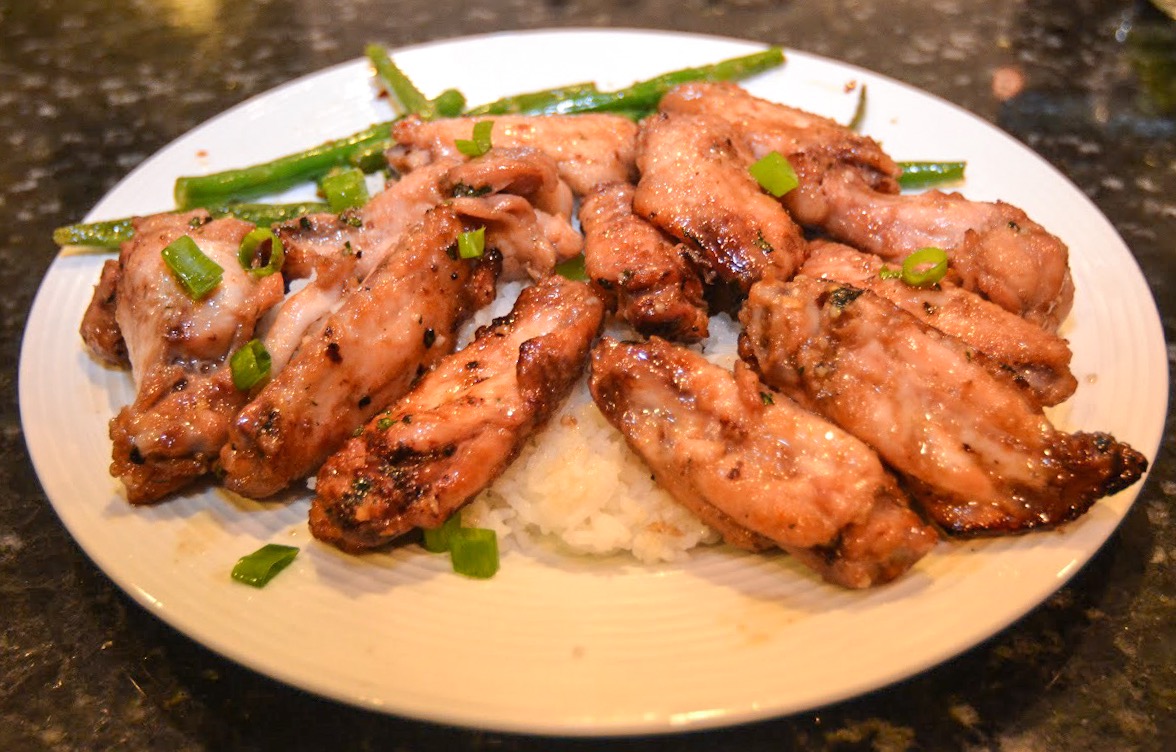 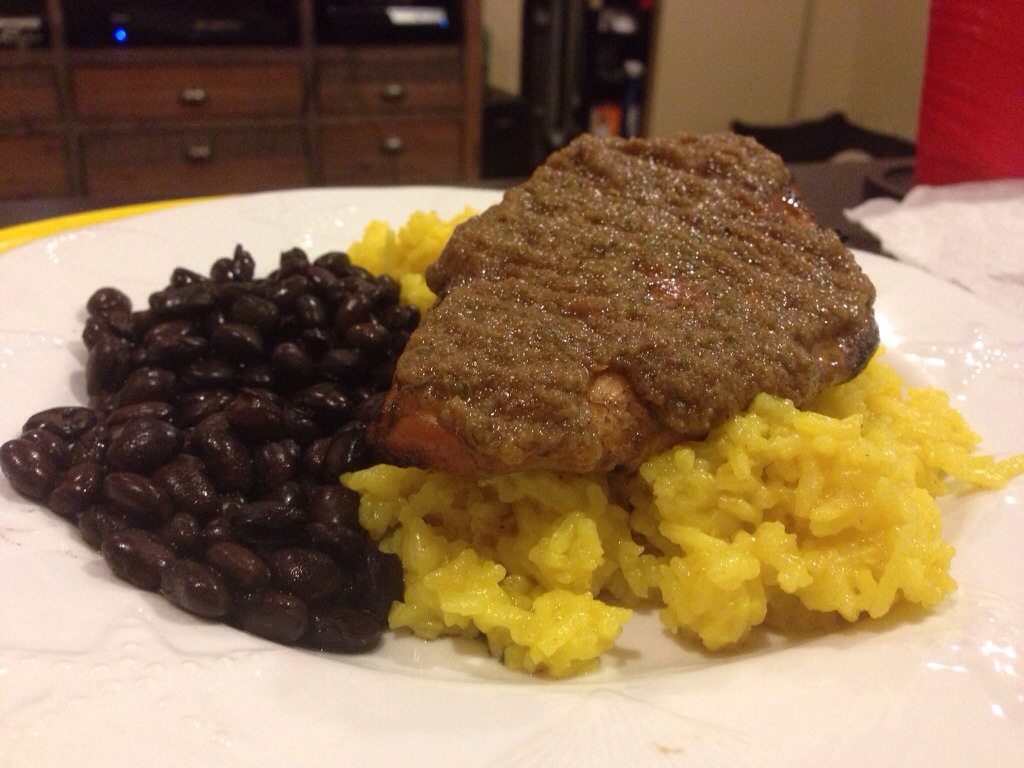